Anurag Kashyap is also one of the co-producers of the film. It premiers at Cannes this year and it seems to be another feather in Kashyap’s cap. Since Waltz With Bashir is one of the finest and profoundest animation films to have ever been made anywhere this one too seems to be a compulsive watch. This part-animation, part live-action film is based on Stanisław Lem’s novel, The Futurological Congress, from 1971 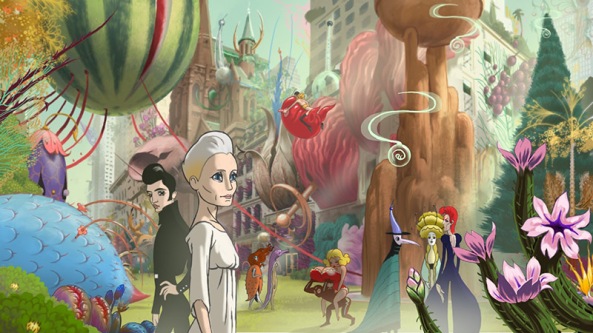 Robin Wright (Robin Wright) receives an offer from Miramount to be scanned. In this way, her alias can be freely exploited in all films the Hollywood major decides to produce, even the most downmarket ones, the ones she has turned down until now. For 20 years she disappears to return as guest of honor at the Miramount-Nagasaki Convention in a  transformed world of fantastical appearances.